The First 54 Years (2021) | Global Health Film Skip to title Skip to main content
We gather anonymised analytics data on website usage unless you opt out.
OK Opt out 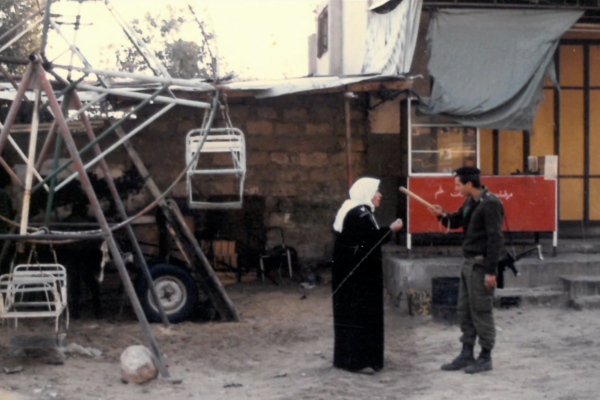 The First 54 Years: An Abbreviated Manual For Military Occupation (2021)

How to succeed in an occupation for at least 54 years?

Avi Mograbi, director and narrator, builds the handbook of the perfect occupier based on testimonies from Israeli soldiers and archive footage.

Five million Palestinians live in the occupied territories under Israeli military rule, two million of them in the Gaza Strip, under total siege since 2007. The First 54 Years provides an insight into the ongoing Israeli occupation of the Palestinian people.

Describing their orders, their missions and their actions, Israeli soldiers outline the mechanisms of oppression of Palestinians from 1967 to the present day, and build a detailed picture of the factory of the occupation machine.

The panel discussion after the screening was moderated by documentary film-maker Kelly Amis, in conversation with director Avi Mograbi, and Ben Yeger and Mai Shahin from Combatants for Peace.