Survivors (2018) | Global Health Film Skip to title Skip to main content
We gather anonymised analytics data on website usage unless you opt out.
OK Opt out 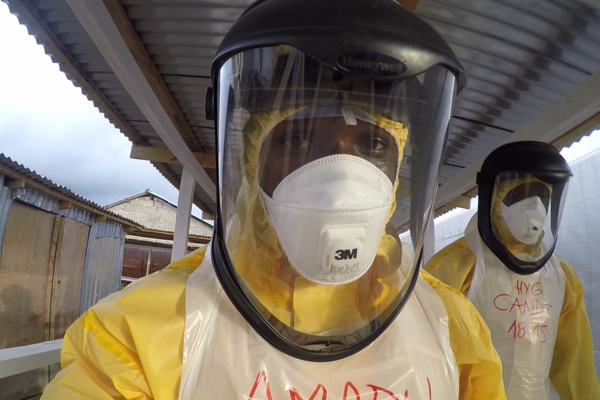 Survivors chronicles the remarkable stories of three Sierra Leoneans during what is now widely regarded as the most acute public health crisis of the modern era. Our guide in the film is Arthur Pratt, a Sierra Leonean filmmaker and pastor. Drawing from deeply personal stories at the epicenter of the epidemic, the film boldly shares the individual bravery and humanity of the people caught in an unfolding crisis. Director Arthur Pratt’s unique access, narrative voice, and observational documentary coverage of the outbreak becomes a prism for understanding both the social and the political significance of the health catastrophe.

Survivors interweaves the stories of Mohamed Bangura, the senior ambulance driver at the country's main ambulance dispatch location; of Foday Koroma, a 12-year-old boy living on the streets in one of Freetown’s slum neighborhoods; and of Margaret Sesay, a nurse at the EMERGENCY Ebola treatment center in Freetown who cares for some of the sickest patients.

The film follows the stories of these characters from the earliest days of the epidemic all the way through to the end, when the World Health Organization declares that Ebola has been eradicated in Sierra Leone. Through intimate verite footage of these characters’ daily lives, the film not only explores how the epidemic ravaged families and communities, but it also reveals the deep misunderstandings that exist between international NGOs and the communities they serve, while also unearthing the simmering political tensions that still linger from the decade-long Civil War. In this way, Survivors profoundly wrestles with what it means to be Sierra Leonean at this critical juncture in the country’s history.