The Devil We Know (2018) | Global Health Film Skip to title Skip to main content
We gather anonymised analytics data on website usage unless you opt out.
OK Opt out 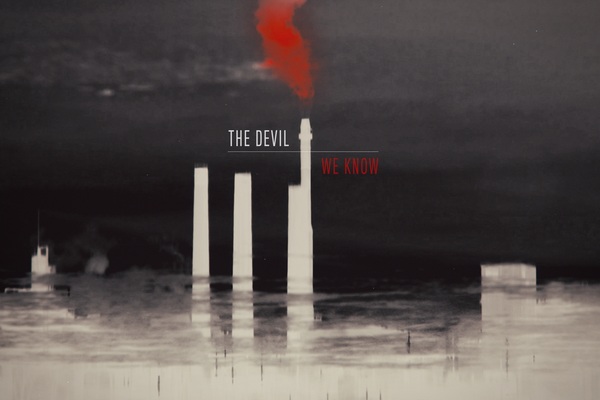 Tucked in the rolling hills of West Virginia, the town of Parkersburg is described by those who live there as an idyllic place to raise a family. It’s also home to a sprawling DuPont chemical plant that
manufactures Teflon.

When Wilbur Tennant noticed the cows on his family farm were mysteriously dying, he suspected it might be tied to the adjacent “non-hazardous” landfill operated by DuPont. When he filmed what was happening on the farm and contacted a lawyer, the toxic legacy of C8 – DuPont’s Teflon chemical – was discovered.

Then one autumn day in 2000, local schoolteacher Joe Kiger opened his mail and found a letter in his water bill informing him that C8 was in his drinking water but safe for consumption. Most people would throw the letter away – and most did – but Joe Kiger is different. The trail of deception he and his wife Darlene uncovered made the sleepy town of Parkersburg the epicenter of one of the largest class action lawsuits in the history of environmental law.

Internal documents and secret in-house studies reveal a disturbing truth: DuPont had knowingly been pumping a poisonous chemical into the air and public water supply of more than 70,000 people for decades.

DuPont factory workers who handled C8 on a daily basis - people like Ken Wamsley and Sue Bailey - confront the company that exposed them to C8 and its negative health effects. Sue’s son Bucky Bailey, now 35 and happily married, was born with severe facial deformities. As he awaits the birth of his first child, geneticists have warned him and his wife Melinda that there is a 50% chance the baby will inherit the deformities he attributes to sky-high levels of C8 in his blood.

As the citizens of Parkersburg rise up against the forces that polluted their town, the story builds out to dozens of other American cities. In fact, at least 6.5 million Americans in 27 states are drinking water tainted by the Teflon toxin.

Exposure to the chemical has even become a global phenomenon, spreading to places like China and the Netherlands. Parkersburg is ground zero for this story, but this clearly is not about one place or one chemical: because of the power of the chemical lobby, C8 is one of more than 80,000+ untested chemicals that have been released onto the market, their dangers unknown.