At Global Health Film we bring people together from all over the world to experience really excellent storytelling that creates understanding and empathy, and ignites academic, personal and professional interest in familiar and new global health and social justice issues.

Through our annual festival and all our events through the year, we create a unique space for exchange and collaboration between storytellers, scientists, clinicians and policymakers to develop high-quality and impactful film projects.

We maximise opportunities to bring people together to learn from each other and from their own reflections; we nurture an appetite for individual and collective action.

AND we've got a great membership scheme, giving you free access to all our online film programmes, a huge 50% discount on our in-person events, and much more!

In essence, we convene changemakers, budding and seasoned. If you're passionate about global health justice, this is the place for you! Welcome! 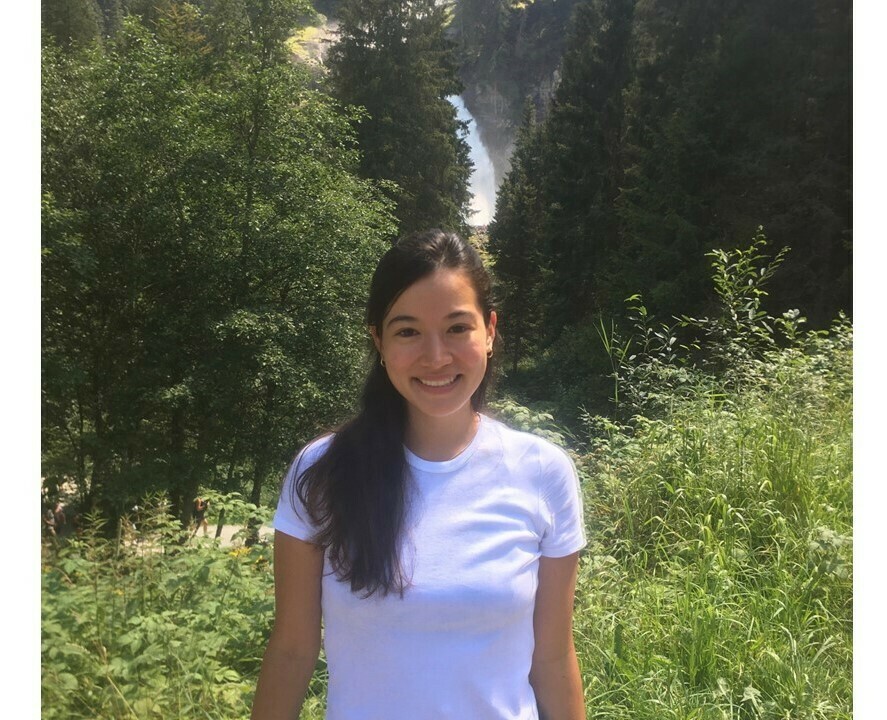 What people say about us

"What I found most enlightening were the panel discussions, where academics, filmmakers, protagonists, policymakers, health professionals, and students joined from all over the world to discuss various issues tackled in the films."

"I believe that film is a powerful medium to spark social and political change, and I have always been a big fan of films that shed light on complex social issues through creative storytelling. That is what initially drew me to Global Health Film (GHF) - the film selection was so diverse and globally relevant that I found something of interest in every screening.

When I first joined GHF, I was about to start my MSc in Health and International Development and was particularly interested in the role of health in the context of migration and conflict as well as environmental and climate change.

What I found most enlightening in joining the GHF community were the panel discussions, where academics, filmmakers, protagonists, policymakers, health professionals, and students joined from all over the world to discuss various issues tackled in the films. I learnt a lot just from watching films, the lived experiences of protagonists, hearing the opinions of experts and people from various backgrounds, and being constantly challenged by different perspectives and interpretations. These exposures helped me approach my studies and my current work with a much more critical, open and interdisciplinary mindset that I hope to continue developing with GHF." 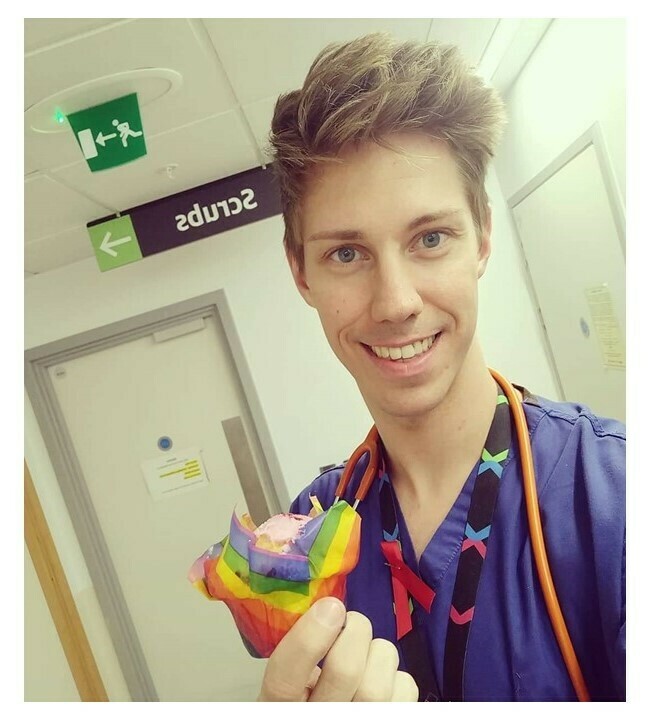 "Global Health Film has enriched my life and taught me valuable lessons as a person, doctor, researcher and storyteller, and I am sure it will continue to contribute in fundamental and surprising ways to my personal and professional development in the years to come."

"Global Health Film has been a hugely transformative force in my personal, professional and academic life. The films and panel discussions have inspired me to make healthier life choices, allowed me to empathise more with the struggles that my patients face, and taught me about the value of compelling storytelling in getting across the findings from my clinical research.

I first attended the Global Health Film Festival in 2015 as it was a compulsory part of my Global Health degree at King’s College London. After one full day of films, I knew I had found a lifelong passion. The films brought all the topics I had learned about during my degree to life in a way none of the academic publications ever could – they made me laugh, cry, dream, despair and mobilise into action. I was still speaking about the films and the issues they raised several months after the festival.

As I progressed through medical school and started practising as a junior doctor, the films resonated with me in a completely new way. I found myself gravitating towards films, which spoke of the experiences of living with particular conditions as well as those that highlighted the patient perspectives on healthcare encounters. The films helped me understand the lived experiences of patients and encouraged me to reflect on my own practice to ensure that I was offering the best possible care for my patients.

Further along my medical career, I became more involved in clinical research and a large part of my time was spent on trying to disseminate study findings to relevant audiences. Here again, I returned to Global Health Film for inspiration and I took away several lessons on what makes a great and impactful story. I have tried and continue to try to incorporate these elements in my research career. Throughout attending Global Health Film events, I have also been personally impacted and inspired to make change. Watching That Sugar Film made me stop putting sugar in my coffee, Eating Animals encouraged me to take the final step to turning vegan and El Susto made me start boycotting Coca Cola. Despite being quite averse to confrontation and speaking up, I have felt more informed and capable of taking action to make a change.

Global Health Film has enriched my life and taught me valuable lessons as a person, doctor, researcher and storyteller, and I am sure it will continue to contribute in fundamental and surprising ways to my personal and professional development in the years to come." 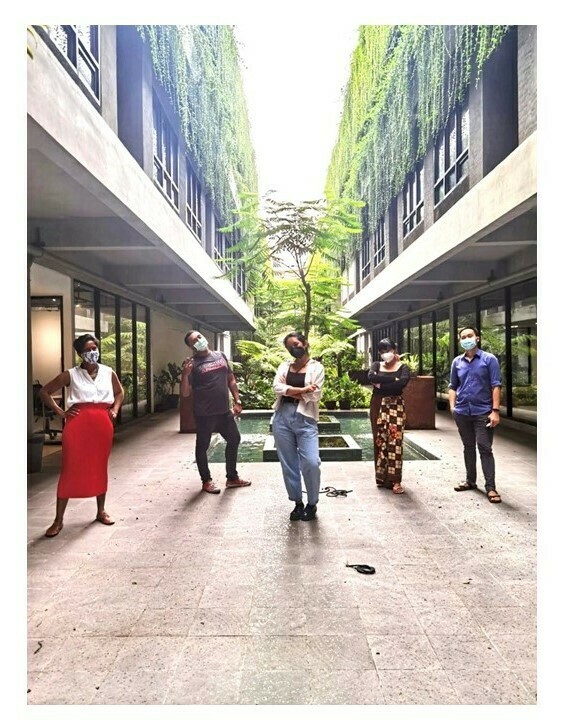 "I highly recommend Global Health Film to healthcare and research groups looking to create inspiring global health-related films within their work and public engagement strategies, especially if you want to enable this via a collaborative process that truly embraces equality and diversity."

"Working with Global Health Film (GHF) has been a highlight of this project. Gerri McHugh has a wealth of knowledge and experience within creative media, healthcare and project management that enabled a streamlined and effective process for our research team to develop an engaging, tailored short film for our implementation research study.

We are a collaborative clinical/community/research group from the UK and Indonesia carrying out HIV implementation research in Bali, Indonesia. An essential part of our study was to engage the men who have sex with men at-risk for HIV infection in the local population in Bali to test for HIV and join a social science study that helps curate and design a tailored digital HIV risk reduction intervention.

With GHF’s guidance and expertise, we developed a collaborative, dynamic and iterative process that enabled involvement from diverse multi-professional and community members to produce an engaging and informative one-minute HIV testing and study recruitment film.

It has been eye-opening, educational and hugely enjoyable to work with GHF. Gerri exudes highly positive, exciting, yet calm and professional energy that filters down to everything she does with GHF. Gerri has inspired me with her enthusiasm, unique understanding of the health and media industry, and management skills.

I highly recommend GHF to healthcare and research groups looking to create inspiring global health-related films within their work and public engagement strategies, especially if you want to enable this via a collaborative process that truly embraces equality and diversity. " 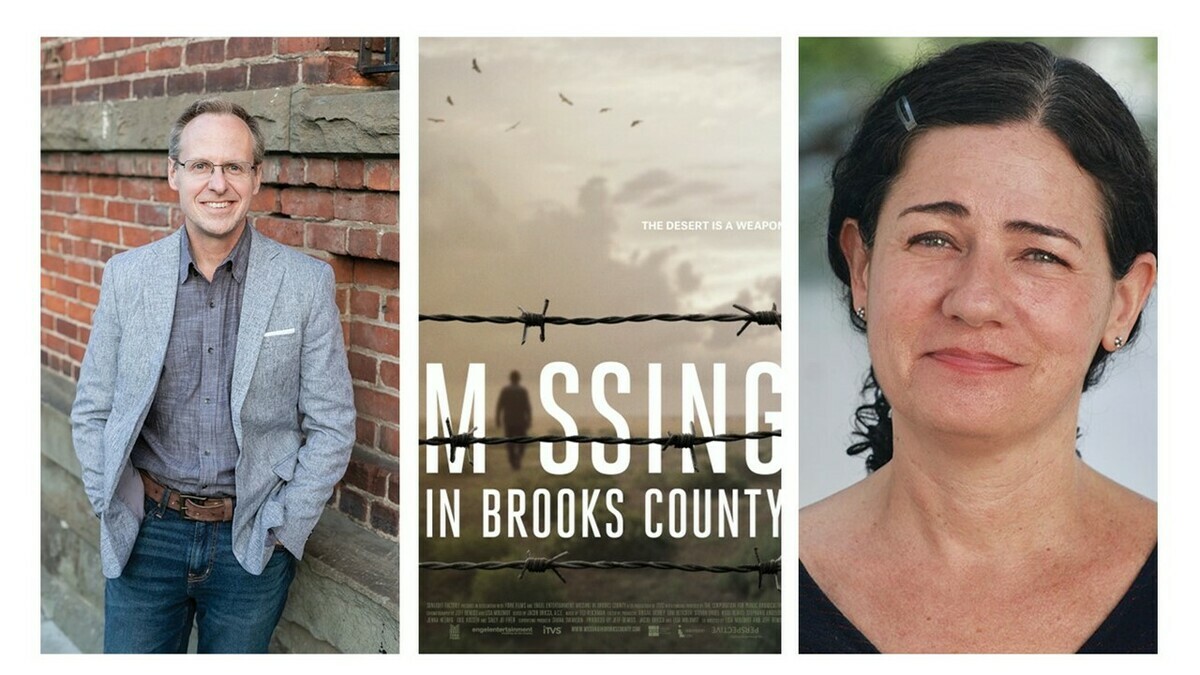 "As independent filmmakers, we need strong partnerships in order to make an impact with our work, and this is exactly what we have found with Global Health Film."

"We began our relationship with Global Health Film in late 2020 with the international premiere of Missing in Brooks County at the annual festival.

During our festival run, Global Health Film helped secure targeted press coverage such as a write-up of our film in The Lancet. We received so much support from the Global Health Film team at that time that it is no surprise the partnership continues today more than a year and a half later.

Global Health Film hosted a Missing in Brooks County press event around the time of our theatrical release which resulted in a connection with a producer of Democracy Now!; this in turn led to  a tv/radio segment which featured the film to millions of viewers and listeners around the world.

As independent filmmakers, we need strong partnerships in order to make an impact with our work, and this is exactly what we have found with Global Health Film." 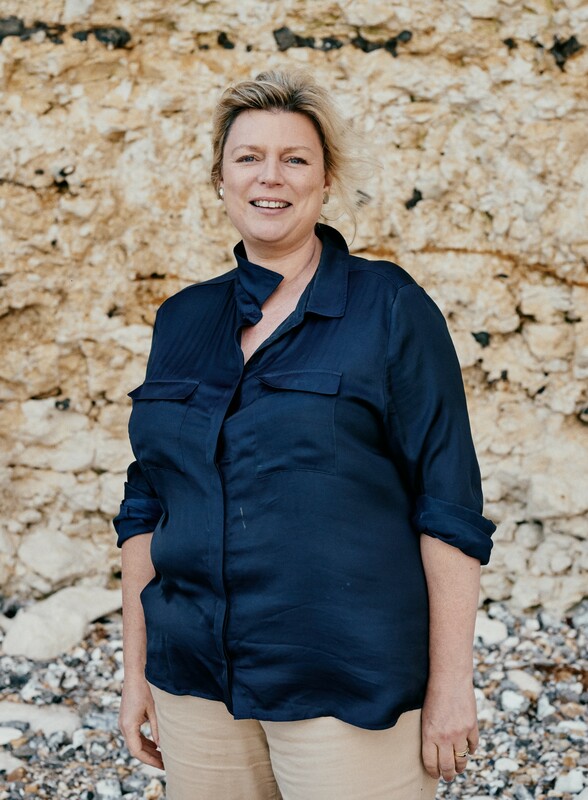 "We look forward to continuing our very positive relationship with Global Health Film and value their commitment to supporting films about important stories through a culture of consistent articulate and informed discussion with their standards of excellence in presentation and delivery."

"During a career over three decades, I’ve found that one of the greatest challenges and frustrations of filmmaking is how to perpetuate a film's legacy or after-broadcast-life.

Studio 9 Films’ relationship with Global Health Film is addressing this much needed aspect, providing a valued platform for regular screenings of our films.

However, Global Health Film has created much more than just a platform for screenings, the team there curates well-attended events moderated by high calibre practitioners who steer dynamic debate and discussion with other filmmakers and well-informed audiences.

I believe the quality of the discussion also gives rarely seen and rarely heard added-value, which is often lacking, especially at online events, and this element makes an important contribution to any film's legacy.

While over the last decade there has been a real sea change, a shift giving rise to the “Impact Producer”, I don’t believe this goes nearly far enough.  As I’ve moved away from freelance work, developing my company into a boutique environment for independent commissions working towards feature documentary filmmaking, I’ve been looking at how to push the ‘impact’ element of the project much further into a new area of ‘legacy’. For example, the materials collected during the production – in-depth interviews; historical documents; personal diaries and effects - are often an important body of work left unused that may even provide important evidence of crimes and human rights abuses. Yet rarely, if ever, is there an opportunity for these to be collated and preserved on a long-term accessible platform. This is one of the key goals for one of our latest films in development, close to production – City of Heroes: the story of the siege of Goražde – the only UN ‘Safe Area’ in eastern Bosnia to survive the war.

We look forward to our continuing relationship with Global Health Film where a film can continue to have a legacy long after the traditional broadcast and/ or streaming. Where the issues, stories and perhaps the ‘bonus’ type materials, can be further discussed and explored in greater depth. We hope to continue our very positive relationship with Global Health Film and value their commitment to supporting films about important stories through a culture of consistent articulate and informed discussion with their standards of excellence in presentation and delivery."

Staff
Trustees
Advisory Board
Newsletter Subscribe to receive all the latest news and information
Support us Together we can make the world a healthier and more equitable place for everyone
Global Health Film membership Join today to access all our online events and content free of charge through the year!
Global Health Film is registered in England and Wales under charity number 1179829 and company number 10436509. Registered address: 10 Queen Street Place, London, EC4R 1BE
Log in | Powered by White Fuse