The Genius of Marian (2013) | Global Health Film Skip to title Skip to main content
We gather anonymised analytics data on website usage unless you opt out.
OK Opt out 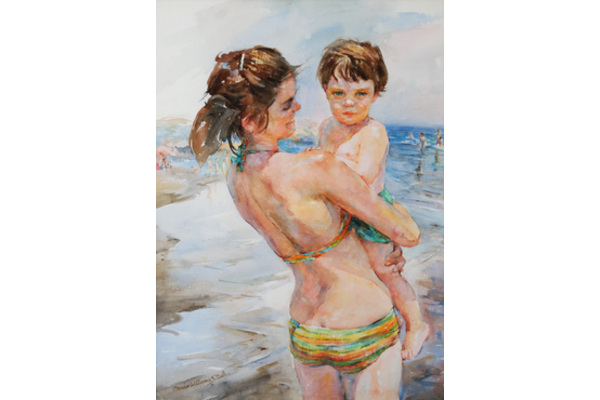 The Genius of Marian is a visually rich, emotionally complex story about one family’s struggle to come to terms with the changes Alzheimer’s disease brings. After Pam White is diagnosed at age 61 with early onset Alzheimer’s, life begins to change, slowly but irrevocably, for Pam and everyone around her. Pam’s husband grapples with his changing role from primary partner to primary caregiver. Her adult children find ways to show their love and support while mourning the slow loss of their mother.

As she loses the ability to write, Pam’s eldest son, Banker, begins to record their conversations, allowing her to share memories of childhood and of her own mother, the renowned painter Marian Williams Steele who died of Alzheimer’s in 2001.

The Genius of Marian paints a powerful contemporary portrait of the impact of Alzheimer’s disease, the power of art and the meaning of family.

We also screened Lousy: Love in the time of dementia again as part of this event. This lovely 14-minute short film was directed by Frank Silverstein and documents his parents' decline due to dementia.

We screened these excellent films to mark World Alzheimer's Month; the discussion after the films was moderated by Global Health Film Advisory Board member Christopher Hird, founder and managing director of Dartmouth Films. Christo was joined by both the filmmakers, as well as Melanie Blanksby, Acting Chief Executive of Dementia Carers Count.

If you would like to access the full discussion, why not join Global Health Film? Your annual membership gives you access to our full catalogue of discussions and additional content, as well as free registration for all our online events.