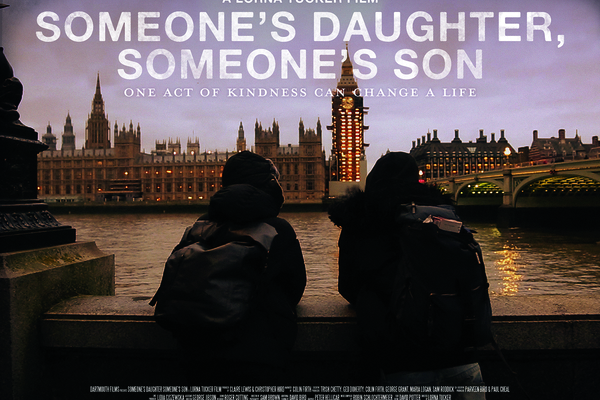 Now a successful filmmaker, Lorna Tucker (Westwood: Punk, Icon, Activist; Amá) was once a teenage runaway sleeping rough on the streets of London.

For this frank, forceful and inspiring documentary, she returns to her former haunts and speaks to current and former homeless people about why, twenty-five years later, record numbers of people are still reduced to living on Britain's streets.

As we hear the life stories of extraordinary individuals, and learn how the system has both aided and failed them, this raw, intimate and unforgettable film asks: why hasn’t public policy placed this issue firmly in the past? How can we help? And what contribution can those with experience of homelessness make to putting effective solutions in place?

This session will also include Jenga, a short film-poem from housing and homelessness charity Shelter, written by nine participants with lived experience of unfit housing or homelessness, and exploring the impact of housing insecurity on mental health.

Panel details will be confirmed by mid-November but will definitely include the film's producer, Claire Lewis, and drug addiction counsellor Mark Dempster.

Tickets are on sale now and cost £19.50, discounted to £9.75 for Global Health Film members