Australia GHFF The People vs Agent Orange (2020) | Global Health Film Skip to title Skip to main content
We gather anonymised analytics data on website usage unless you opt out.
OK Opt out 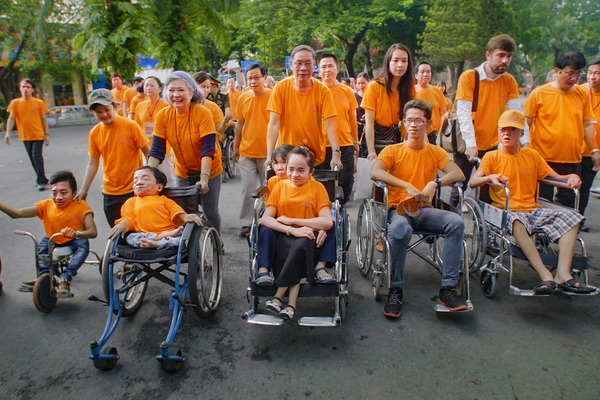 The Agent Orange catastrophe did not end with the war in Vietnam. Today, all over the world, a primary component of that toxic herbicide controls weeds in farming, forestry, parks - even on children's playgrounds. The chemical wreaks havoc on the human genome, causing deformed births and deadly cancers. After decades of struggle and tragic personal losses, two heroic women are leading a worldwide movement to end the plague and hold the manufacturers accountable.

In France, Tran To Nga is suing the American chemical industry for poisoning her Vietnamese family. And in America, Carol Van Strum exposes the continuing use of toxic herbicides.

Incriminating documents disappear. Activists and their children are threatened and die. A helicopter technician secretly films the contamination of reservoirs, while a massive industrial cover-up continues.

The panel discussion after the screening was moderated by Professor Rob Moodie, Melbourne School of Population and Global Health; Rob was joined by The People vs Agent Orange co-directors Alan Adelson and Kate Tavena and protagonist Carol van Strum, as well as Hayley Jones, director of The McCabe Centre for Law & Cancer.