Australia GHFF The Cost of Cobalt / The New Boats | Global Health Film Skip to title Skip to main content
We gather anonymised analytics data on website usage unless you opt out.
OK Opt out 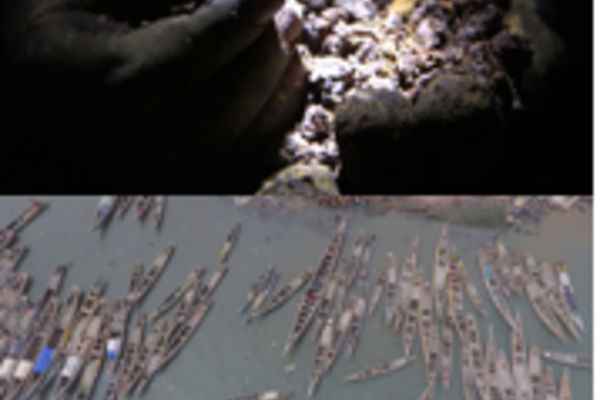 Australia GHFF The Cost of Cobalt / The New Boats

The New Boats is an investigative documentary that presents an eye-opening look at the impact of international industrialized fishing in West African waters and its disastrous effect on local communities at a critical point in Sierra Leone's history.

The village of Tombo is one of the largest artisanal fishing ports in Sierra Leone - providing nearly 90% of the protein eaten in the country.

Tombo had flourished in the Freetown Peninsula since pre-colonial times but in recent decades this prosperity has been on the decline due to an influx of Asian trawlers overfishing on its shores with clandestine support from corrupt officials.

As a result, local fishermen of all ages are frequently forced to abandon life in Tombo and migrate in search of work. The women of the village have also lost their traditional livelihood, processing the catch and selling at market.

Sulaiman Kamara and other local fishermen are passionately advocating on behalf of Tombo, in a desperate attempt to prevent an environmental disaster with West African fisheries on the brink of collapse.

This event was moderated by Dr Seye Abimbola, University of Sydney. Seye will be joined by The Cost of Cobalt director Robert Flummerfelt, and executive producer Fiona Lloyd-Davies and Dr Mahdokht Shaibani, research fellow, Monash University.

Unfortunately there was a power outage in Freetown, Sierra Leone, and The New Boats director Barmmy Boy was able to join us only briefly; here's the replay: