Dutch GHFF: On Our Doorstep | Global Health Film Skip to title Skip to main content
We gather anonymised analytics data on website usage unless you opt out.
OK Opt out 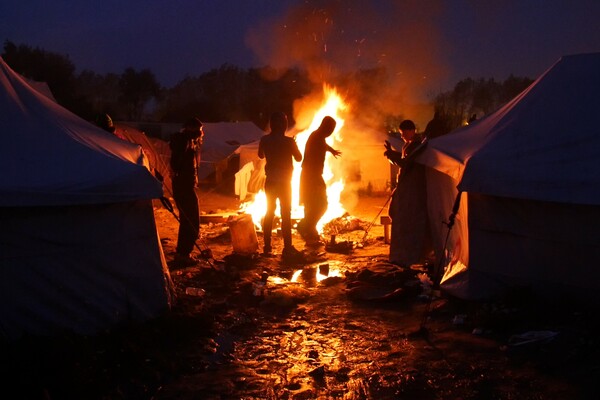 Dutch GHFF: On Our Doorstep

On Our Doorstep delves deep into an area of the refugee crisis that rarely reached the press. With NGOs blocked by red tape and with the absence of any positive action by French or British authorities, the film is a behind-the-scenes look at the extraordinary grassroots movement that rose up to aid the refugees in Calais, and the community that sprang up there, before it was forcefully demolished.

This is the story of what happens when young and inexperienced citizens are forced to devise systems and structures to support 10,000 refugees; and are left unguided to face the moral and emotional conflicts, blurred lines and frequent grey areas of giving aid to vulnerable people. People who do not want to be there.  It questions whether the aims of the volunteers were met, and whether these aims ultimately served the refugees’ needs.

Originally arriving at the Calais Jungle as a volunteer, Thomas Laurance was moved to pick up a camera and document what he saw over the year he spent there, until the camp’s destruction in October 2016.  This film is the result of the remarkable and intimate access he gained to both volunteers and refugees.