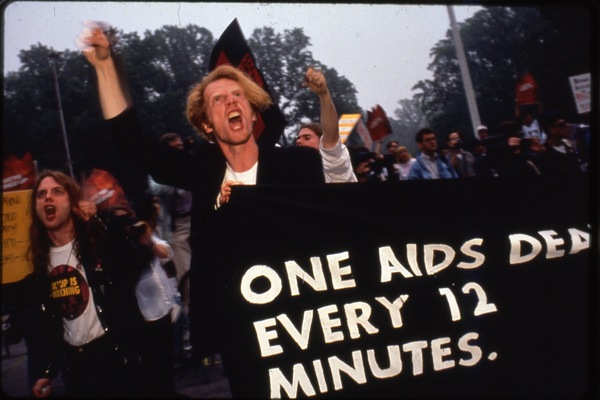 Global Health Film Classics: How to Survive a Plague

Faced with their own mortality, an improbable group of mostly HIV-positive young men and women broke the mould as radical warriors taking on Washington and the medical establishment. How to Survive a Plague is the story of how activism and innovation turned AIDS from a death sentence into a manageable condition.

Despite having no scientific training, these self-made activists infiltrated the pharmaceutical industry and helped identify promising new drugs, moving them from experimental trials to patients in record time. With unfettered access to a treasure trove of never-before-seen archival footage from the 1980s and '90s, filmmaker David France puts the viewer smack in the middle of the controversial actions, the heated meetings, the heartbreaking failures, and the exultant breakthroughs of heroes in the making.

Blisteringly powerful, How to Survive a Plague transports us back to a vital time of unbridled death, political indifference, and staggering resilience and constructs a commanding archetype for activism today.

The panel discussion after the screening was moderated by journalist Alice Hutton; Alice was joined by Jonathan Blake, gay rights activist and one of the first people to be diagnosed with HIV in the UK in 1982, Deborah Gold, CEO National AIDS Trust and Peter Tatchell, human rights campaigner.