I Am Breathing | Global Health Film Skip to title Skip to main content
We gather anonymised analytics data on website usage unless you opt out.
OK Opt out 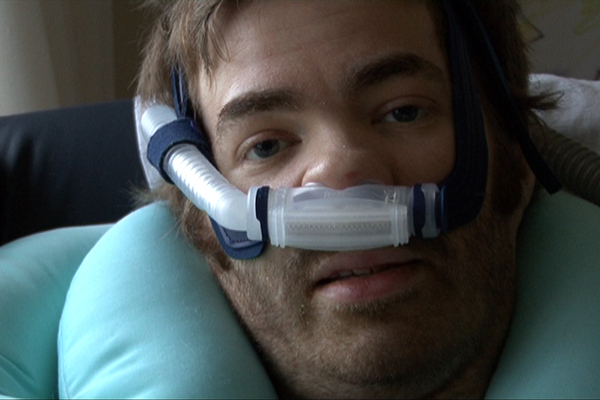 I Am Breathing is a film about a man who, when faced with the unimaginable, shares his own story in what he called “a tale of fun and laughs with a smattering of upset and devastation.”

Within a year, Neil Platt goes from being a healthy 30-something British bloke, with a great sense of humour, to becoming completely paralysed from the neck down, thanks to the devastating illness he has inherited, motor neurone disease, also known as amyotrophic lateral sclerosis (ALS). As his body gets weaker, his perspective on life changes. His humour remains, and a new wisdom emerges:

“It’s amazing how adaptable we are when we have to be. It’s what separates us and defines us as human beings.” Neil Platt

Knowing he only has a few months left to live, and while he still has the ability to speak, Neil puts together a letter and memory box for his baby son Oscar and communicates his experience and thoughts about life in a blog - and in this film, which he was determined to make. The directness of his communication mingles with images of the sensory details of a life well lived, and makes us revalue the ordinary.

His blog posts form the film’s narration as he tells his own story through memories and impressions of his life - the sheer joy of falling in love, of partying with his mates, of fast motorbike rides. Through his determination to share his final journey, Neil makes us ask questions about our own lives.

The panel discussion after the film was moderated by Professor Hannah Kuper, Director of the International Centre for Evidence in Disability at LSHTM.

Hannah was joined by Louise Oswald, Neil Platt's widow, Morag McKinnon, co-director I Am Breathing, John Gilbertson, who was diagnosed with a rare form of motor neurone disease in 2017, and Professor Nicholas Watson, Chair of Disability Studies, University of Glasgow. Here's the replay: