The Divide | Global Health Film Skip to title Skip to main content
We gather anonymised analytics data on website usage unless you opt out.
OK Opt out 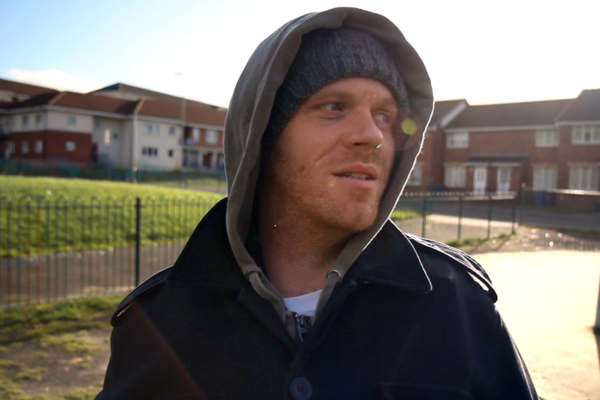 Directed by Katharine Round, 78 mins

The Divide tells the story of seven individuals striving for a better life in modern day US and UK - where the top 0.1% owns as much wealth as the bottom 90%. By plotting these tales together, we uncover how every aspect of our lives is controlled by one factor: the size of the gap between rich and poor.

This isn’t based on real life. This is real life.

Wall Street psychologist Alden wants to make it to the top 1%; Glaswegian rapper Darren just wants to stay sober; Newcastle carer Rochelle wishes her job wasn't looked down on so much; Jen in Sacramento, California, doesn't even talk to the neighbours in her upscale gated community - they've made it clear to her she isn't "their kind". It becomes clear that a higher income doesn’t ensure happiness and inequality hurts us all – rich and poor.

The Divide serves as both a call to arms, and a powerful warning. The film is inspired by the critically-acclaimed, best-selling book The Spirit Level by Richard Wilkinson and Kate Pickett.

The panel discussion was moderated by Professor Joanna Busza, Director of the Centre for Evaluation and Associate Professor in Sexual & Reproductive Health at the London School of Hygiene & Tropical Medicine (LSHTM). Joanna was joined by The Divide director Katharine Round, The Spirit Level author Richard Wilkinson and Dr Rohini Mathur, epidemiologist at LSHTM. Here's the replay:

The Divide first featured at the 2015 Global Health Film Festival