On The Wild Side | Global Health Film Skip to title Skip to main content
We gather anonymised analytics data on website usage unless you opt out.
OK Opt out 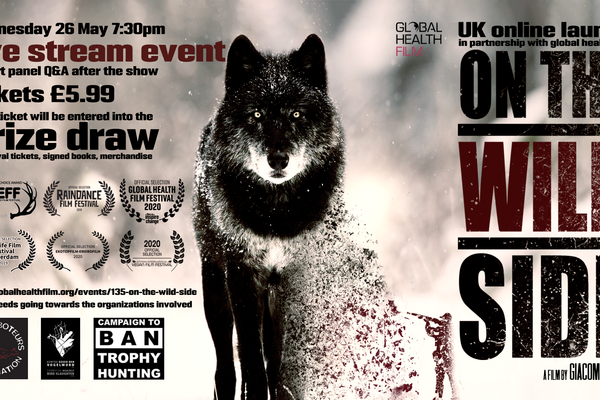 On The Wild Side

All over the world, humans continue to view the hunting of animals as a hobby. No longer a fundamental tool for survival, the hunting of wolves, rhinos, birds, foxes and many other species is now more for entertainment, and damages the fragile wildlife on which we depend on to survive.

On The Wild Side unites the global anti-hunting movement and sheds light on the psychology of hunting, and what drives people to kill for entertainment or sport.

Featuring interviews with activists, politicians and organisations around the world, it investigates and exposes the effects that hunting has on local ecosystems, wildlife populations, and endangered species, and shows how hunt saboteurs, mobile veterinary clinics and political lobbyists are integral to conserving our planet’s wildlife.

The panel discussion after the screening was moderated by Alice Hawryszkiewycz, Global Health Film Advisory Board member, in conversation with On the Wild Side director Giacomo Giorgi, Andrea Rutigliano, Committee Against Bird Slaughter and Steve, Hunt Saboteurs Association. Here's the replay:

Eduardo Goncalves, Founder of the Campaign to Ban Trophy Hunting was unable to join the discussion due to technical issues but we were able to catch with him on Tuesday 15 June:

The winners in the draw are:

On The Wild Side merchandise - Les Kingstone