Dutch GHFF: Thank You For The Rain | Global Health Film Skip to title Skip to main content
We gather anonymised analytics data on website usage unless you opt out.
OK Opt out 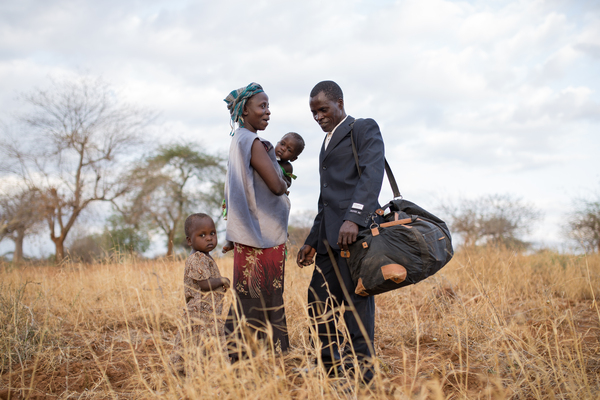 Dutch GHFF: Thank You For The Rain

Since 2012, Kisilu, a smallholder farmer in Kenya has used his camera to capture the life of his family, his village and the impacts of climate change.

He has filmed floods, droughts and storms but also the more human costs - his kids are sent home from school when he can’t pay the fees; men are moving to towns in search for jobs; and family tensions rise.

Following a storm that destroys his house Kisilu starts building a community movement of farmers fighting the impacts of extreme weather and he takes this message of hope all the way to the 2015 United Nations Climate Change Conference in Paris.

Here, amid the murky cut and thrust of politics at the biggest environmental show on earth, Kisilu and Norwegian filmmaker Julia Dahr's relationship takes on a remarkable twist, shedding a powerful light on the climate justice movement and the vastly different worlds they represent.

The panel discussion after the screening was moderated by Mina Stanikic, medical doctor and film critic; Mina was joined by Hugh Hartford, producer of Thank You For The Rain, Marcel Beukeboom, Climate Envoy, The Netherlands, and Professor Paul Behrens, Leiden University. Here's the replay:

And here's the story of the impact the film has had so far: