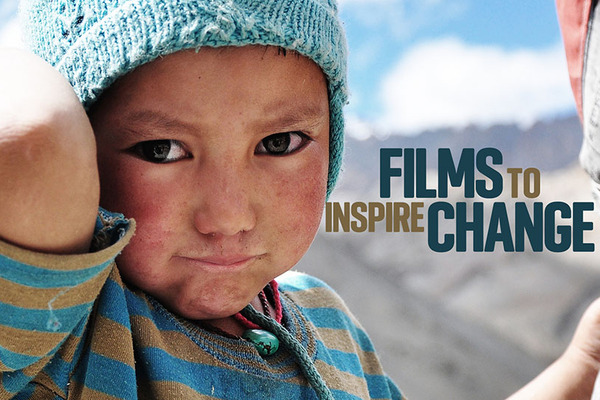 We were delighted to welcome over 400 delegates from all over the world to the 2017 Global Health Film Festival at the Barbican in December for two days of screenings, workshops, interviews and exhibitions.
The programme featured over 30 documentaries and animations,  five technical and creative workshops, and masterclasses, and a Global Health Virtual Reality Exhibition. Take a look at the 2017 highlights film which captures the essence and the energy of the two days.

Our Patron, Channel 4 news anchor Jon Snow, led Bodies on Trollies: A Humanitarian Crisis in the NHS?, a 60-minute interview with Rachel Clarke, junior doctor activist and author of Your Life in My Hands. John Pilger, world-renowned, multiple award-winning journalist, author, playwright and documentary film-maker, attended our screening of his latest documentary The Coming War on China and took part in an extended interview, led by Katharine Round (The Divide) on the links between global politics, power and global health.

Prior to the film festival, our three-day Global Health Crossover Lab acted as an incubator for new, immersive media proposals that tackle neglected issues in global health, which were then pitched to a panel of global health and media experts at the film festival. The winning team was Parwaz; an authored, autobiographical VR story about 9-year old Ahmad, who fled from Afghanistan to the UK with his brother and of his dream to become a pilot.

The Parwaz team, led by film-maker Katie Barlow, were awarded a £5,000 development award, generously supported by The Lancet, plus a year’s expert mentorship from our partners Crossover. Parwaz will use their development award to create the next stage of the project: the building of 5 x 3D landscapes of Ahmad and Jawad’s drawings, created from memory, along with photos of their journey. They will present their progress at the 2018 Global Health Film Festival (dates to follow shortly).